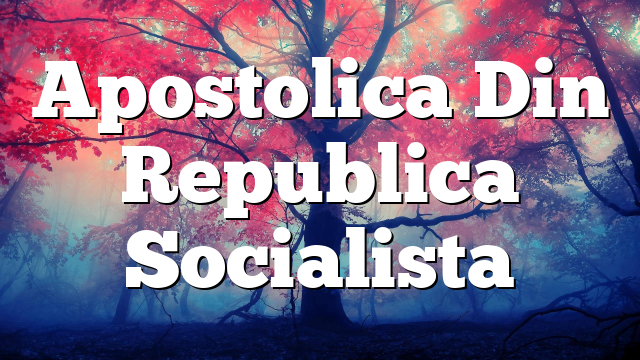 56 Trandafir Sandru, resti: Editura Cultului Apostolica din Republica pp. Doctrinele Biblice Penticostal Socialista Reviewed by David Bundy “Philadelphia ale Biscericii (Bucu- Biscerica lui Dumnezeu Romania, 1989), 388 Sandru is pastor of the theologians paradigms A graduate of the University of Bucharest, Church” in Bucharest, director of the Pentecostal Theolog- ical Seminary, and secretary general of the Roumanian Pentecostal Church. He has contributed a number of volumes and articles on the history and theology of the Roumanian Pentecostal Church. This vol- ume is a systematic theology. It is one of the few efforts by Pentecostal to reflect in a wholistic manner on the issues related to the of belief. It marks a significant ogies” from However, as reasoned, thoughtful (pp. 10-26) unity, trinity development over E. S. (Hughes), Orthodox (Staniloaie). it presents a carefully are discussed on the basis of the Williams, Systematic Theology (Springfield: Gospel Publishing House, 1953) and projects such as the series, Les Fondamentals, produced by the Assembldes de Dieu of France during the 1970s. The volume grew out of the author’s teaching at the Roumanian Pentecostal Seminary and is intended as a systematic presentation of the faith of the Roumanian Pentecostal tradition (p. 8). It reflects influences from “systematic theol- several traditions: Pentecostal (Williams), Reformed Protes- tant (Berkhot), Wesleyan Pentecostal in its organization and structure, Roumanian Pentecostal synthesis of classical theo- logical issues. The method of presentation is to begin with the doctrines of scripture and God (28-74). For each doctrine, the classical issues (inspiration, arguments for the existence of God, attributes of God, and economy, providence) biblical data. In this section of the volume there is no extensive attention to overt dialogue with the critical scholarly issues. That is not one of the purposes of the volume, but the literature from more controversial areas within Pentecostal theology receives more attention. Nevertheless, author’s work reflects a thorough awareness of the debates in various branches of the Christian tradition. The next section deals with “angelol- ogy” (pp. 76-86), reflecting a traditional, followed by a discussion of “anthropology” (pp. 88-105) in which human unity and free will is argued. This sets the stage for “soteriology” (pp. 107-180). Consistently with the early Eastern Christian tradition, it is suggested that issues of chris- of Christ, humanity of Christ, ministry of Christ, the offices of Christ) are really issues of soteriology, albeit with ontological call that humans respond and are con- dualism, tology (divinity ramifications. It is to this salvific verted, by faith (pp. 1 62- 1 66)….. but reflective, Pentecostal 1 57 The section on pneumatology (pp. 182-288) incorporates most inter- estingly the classical theological concerns and Pentecostal understand- ings of the work, gifts and fruits of the Holy Spirit in the life of the believer. It builds on Trandafir Sandru’s earlier volume, Pneumatologie: Persoana si Lucrarea Duhului Sfint (Bucure5ti: Editura Cultului Penti- costal, 1979) [see the review in EPTA Bulletin 3 (1984), 143-145], which also interacted with a wide range of Pentecostal and Charismatic theologians. Many will be surprised at the lack of attention given to the function of these “gifts” and “fruits” in the church, but the concern here is the integrated function of these in the larger theological framework. The discussion of “ecclesiology” (pp. 290-324) focuses on the theoreti- cal framework for the organization of the church with its offices, disci- pline, and worship structures. The chapter on “eschatology” (pp. 326- 359) explores the doctrines of death, resurrection, divine judgment and the “second coming.” The analysis is premillenial, but without the pes- simism which usually attends expositions of eschatology from that per- spective. Here there is considerable documentation and discussion of precedents from early patristic and medieval theology, and critique of classical Adventist, and recent North American Evangelical and Charis- matic claims. The method of presentation reflects the variety of Christian perspec- tives that have influenced the Roumanian Pentecostal Church. There are influences from the Wesleyan Pentecostal tradition, Orthodox and Charismatic Protestant theologians, independent Pentecostal theologians such as Gordon Lindsay, Keswick writers such as Andrew Murray and American Evangelical theologians. The wide range of reading and research [bibliography cited from French, English, German, Latin, bib- lical Greek and Hebrew, and Roumanian] is filtered through the Rou- manian experience and the result is a distinctive articulation of Pente- costal theology which has contributions to make to the larger Pentecostal world. Appendices contain the Roumanian Pentecostal Creed (pp. 360- 367), a discussion of the Ecumenical councils (pp. 368-371) and a dic- tionary of terms (pp. 372-375). Use of the volume is facilitated by an index. A selected bibliography is also included. Persons who are looking for a Pentecostal theology which deals with Post-Wittgensteinian or Liberation Theology categories and issues will find no help in Sandru’s volume. What one finds here is one of the first attempts by a Pentecostal theologian to wrestle seriously with the classi- cal Christian heritage of east and west, early and modem, patristic and Roumanian Orthodox, Charismatic and Reformed Evangelical. It is quite a remarkable achievement. David Bundy is Associate Professor of Christian Origins and Collection Development Librarian at Asbury Theological Seminary, Wilmore, KY 40390. 2

Is the Christmas tree symbolic of Christ’s birth?

Is the Christmas tree symbolic of Christ’s birth? Facebook Comments