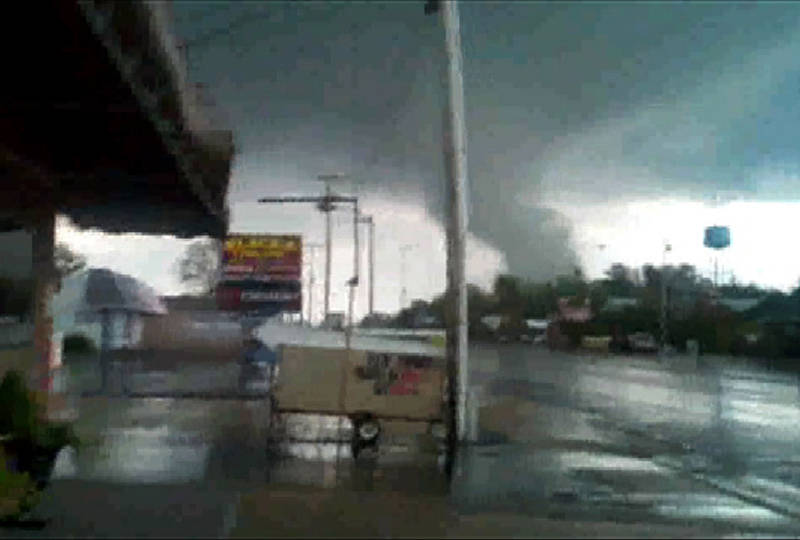 Wednesday marks five years since one of the deadliest tornado outbreaks in U.S. history. More than 50 tornadoes touched down in our area on this day 2011. The storms killed 35 people in East Tennessee, including eight in Greene County, when two devastating tornados struck in Camp Creek. The survivors have mostly rebuilt, and focus their attention away from the destruction and onto the many volunteers who rushed to help them that night, and in the coming weeks.

Chattanooga, Tenn. (WDEF) – As of Wednesday, Its been five years since waves of super-cell tornadoes moved through the tri-state area.We watched in awe, amazement and terror as the twisters took dozens of lives and left millions of dollars in damage. News 12 Meteorologist Christina Reuille will offer special coverage of that anniversary all this week.

Since 1883, the National weather service has recorded only 28 tornado sightings in Hamilton county.

We are not, after all, in tornado alley like Kansas, Oklahoma and Texas.

But April 27, 2011 will never be forgotten because of the deadly intensity of those storms.

This week, we’ll re-visit some of the worst hit communities in Tennessee, Georgia and Alabama, and also show you the recovery since then.

Everyone, it seems, has a story of that day. Many recount a narrow escape from the storms. Few had an experience like Bob Colby and his family in Apison. Their home was destroyed as they hid inside a closet. A heavy gun safe saved their lives….although they were injured. But that storm likely saved Colby from a life-threatening illness.

Colby recounts, “We were very, very fortunate to survive…God was good to us that evening.” A few miles away on Cherokee Valley Road in Catoosa county—Sandra Self and her husband rode out the storm which destroyed their home. They lived to tell the story of a 200 mile per hour winds that took the lives of several close neighbors.

“And it picks you up..and there’s not one thing you can do about it…you just go. So that’s what happened to me!” Self remembers. Thousands of residents in Georgia, Alabama and Tennessee were without power for days. And here’s why: It would cost TVA 39 million dollars to replace 353 transmission structures. It took 74 days to repair the unprecedented damage.

Patrick Walshe, a meteorologist at TVA, said, “You could just see as they marched across Mississippi, Alabama and Tennessee just the lights on the board out here just started going out.” “It was unlike anything I’ve ever seen in my entire lifetime.”

So—what changes have been made in tornado detection and warning systems since then? Actually, there have been quite a few that may make you and your family a lot safer from tornadoes in the future.

FacebookTwitterSubscribe
Subscribe to receive all news to your email or phone: [wysija_form id="1"]
deadliesteasthistoryoutbreaktennesseetornadoyears

Today we start the Easter Messages

Today we start the Easter Messages by different Ministers. TODAY IS THE 1st IN OUR EASTER MESSAGES Luchen A. Bailey, D. Litt. Director of…