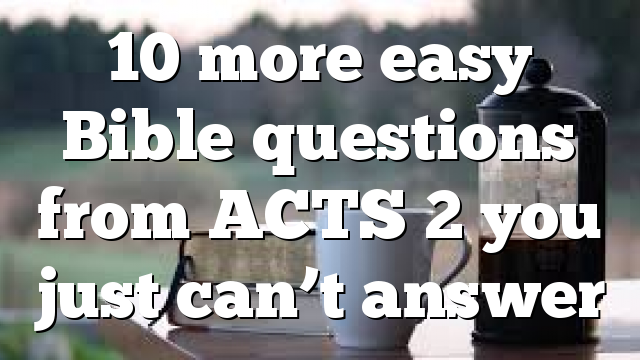 1. What’s going to happen to the disciples?
2. What did this outpouring mean?
3. Who was this outpouring for?
4. Why does the chapter start with the coming of the Holy Spirit that then results in a breakout of tongues
5. Is the difference that in Genesis it was meant to hinder those in that passage as to where in Acts it is meant to empower and encourage those in the house
6. Why does Peter feel the need to speak from Joel?
7. How did this even impact the disciples?
8. Why did the Holy Spirit, in its initial arrival, manifest into tongues of fire?
9. What is the significance of the Holy Spirit coming on the day of Pentecost
10. How did this event encourage those watching and listening to convert to Christianity?

Fulfilling Your Purpose and Destiny