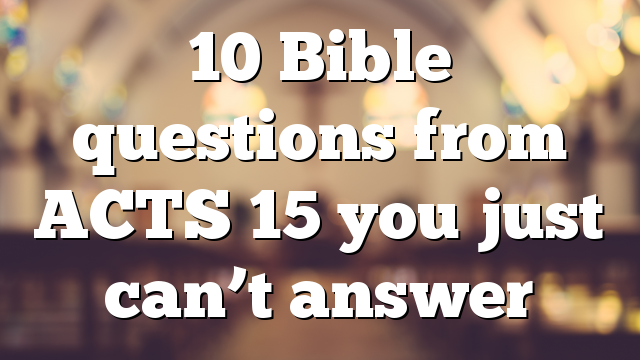 1. How does chapter fifteen in Acts identify the global mission of Christianity and how the faith extends beyond the natural born Jew?
2. What determinations did the Jerusalem Council make concerning restrictions of the Law being applied to non-Jewish believers?
3. How does the Jerusalem Council guide a biblical view of Church government?
4. Was that did people really believe circumcision saves people
5. How dare someone who claims to be a Christian wear anything but a suit and tie to God’s house?
6. How much are we as Christians willing to be persecuted, or ridiculed for the things we believe in?
7. Should Gentiles who want to become Christians also be required to become Jews first?
8. How did the Pharisaic Jewish believer perceive circumcision during this crucial time in Church history as portrayed by Luke?
9. What were the Gentile attitudes toward circumcision?
10. What did the resulting decisions of the Jewish council do for illustrating the Gospel’s message about inclusion?