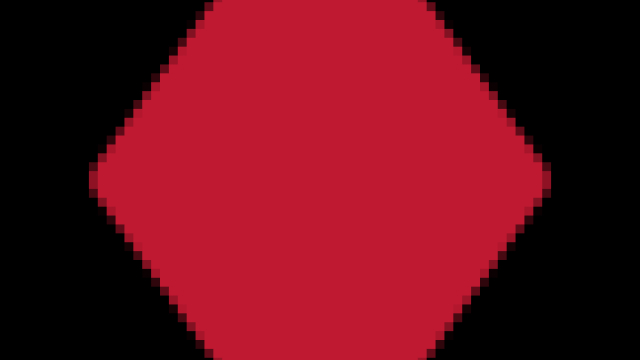 Halloween, no matter how commercialized, has almost completely pagan origins. As innocent as it may seem to some, it is not something to be taken lightly. Christians tend to have various ways to celebrate or not celebrate Halloween. For some, it means having an “alternative” Harvest Party.

For others, it is staying away from the ghosts, witches, goblins, etc., and wearing innocuous costumes, e.g., little princesses, clowns, cowboys, superheroes, etc. Some choose not to do anything, electing to lock themselves in the house with the lights off. With our freedom as Christians, we are at liberty to decide how to act.

Scripture does not speak at all about Halloween, but it does give us some principles on which we can make a decision. In Old Testament Israel, witchcraft was a crime punishable by death (Exodus 22:18; Leviticus 19:31; 20:6, 27). The New Testament teaching about the occult is clear. Acts 8:9-24, the story of Simon, shows that occultism and Christianity don’t mix. The account of Elymas the sorcerer in Acts 13:6-11 reveals that sorcery is violently opposed to Christianity.

Paul called Elymas a child of the devil, an enemy of righteousness and a perverter of the ways of God. In Acts 16, at Philippi, a fortune-telling girl lost her demon powers when the evil spirit was cast out by Paul. The interesting matter here is that Paul refused to allow even good statements to come from a demon-influenced person. Acts 19 shows new converts who have abruptly broken with their former occultism by confessing, showing their evil deeds, bringing their magic paraphernalia, and burning it before everyone (Acts 19:19).

So, should a Christian celebrate Halloween? Is there anything evil about a Christian dressing up as a princess or cowboy and going around the block asking for candy? No, there is not. Are there things about Halloween that are anti-Christian and should be avoided? Absolutely! If parents are going to allow their children to participate in Halloween, they should make sure to keep them from getting involved in the darker aspects of the day.

If Christians are going to take part in Halloween, their attitude, dress, and most importantly, their behavior should still reflect a redeemed life (Philippians 1:27). There are many churches that hold “harvest festivals” and incorporate costumes but in a godly environment. There are many Christians who hand out tracts that share the Gospel along with the Halloween candy.

The decision is ultimately ours to make. But as with all things, we are to incorporate the principles of Romans 14. We can’t allow our own convictions about a holiday to cause division in the body of Christ, nor can we use our freedom to cause others to stumble in their faith. We are to do all things as to the Lord.

If the Bible is our Guide, then “No” is the Simple Answer.

Ephesians 5:8-11— “For you were once darkness, but now you are light in the Lord. Walk as children of light (for the fruit of the Spirit is in all goodness, righteousness, and truth), finding out what is acceptable to the Lord. And have no fellowship with the unfruitful works of darkness, but rather expose them” (Ephesians 5:8-11).

Some good questions you should ask yourself:

Does Halloween fill me with faith or fear?

Yes, Halloween celebrates fear—the theme of darkness, graves, blood, skulls, vampires, witches and wizards infuse fear into our life. If God does not give us a spirit of fear and tells us 365 times in the Scriptures not to fear, why would we invite fear into our lives by a celebration that breeds fear?

How am I honoring God in this celebration?

1 Corinthians 10:19-22— “What am I saying then? That an idol is anything, or what is offered to idols is anything? Rather, that the things which the Gentiles sacrifice they sacrifice to demons and not to God, and I do not want you to have fellowship with demons. You cannot drink the cup of the Lord and the cup of demons; you cannot partake of the Lord’s table and of the table of demons. Or do we provoke the Lord to jealousy? Are we stronger than He?”

WALK IN THE LIGHT

“Then Jesus spoke to them again, saying, ‘I am the light of the world. He who follows Me shall not walk in darkness, but have the light of life'” (John 8:12).

“For God did not send His Son into the world to condemn the world, but that the world through Him might be saved. He who believes in Him is not condemned; but he who does not believe is condemned already, because he has not believed in the name of the only begotten Son of God. And this is the condemnation, that the light has come into the world, and men loved darkness rather than light, because their deeds were evil. For everyone practicing evil hates the light and does not come to the light, lest his deeds should be exposed. But he who does the truth comes to the light, that his deeds may be clearly seen, that they have been done in God” (John 3:17-21).

“But you, brethren, are not in darkness, so that this Day should overtake you as a thief. You are all sons of light and sons of the day. We are not of the night nor of darkness” (1 Thess. 5:4-5).

The fact is, Halloween and all its practices are associated with witchcraft. The bulk of the world has been desensitized to witchcraft, evidenced by record-breaking sales from movies like the Harry Potter series and the Twilight series. Almost every young person on the planet has seen Twilight.

What is Twilight about? Vampires, and sorcery, and witchcraft, and yet it is one of the highest-grossing series in America movie history. And in the movie industry, it is second only to Harry Potter. And think, that’s amazing that this Christian society has spent so much money, along with the Brits, watching vampires, sorcerers, and witchcraft on the big screen and eating it up. Excerpted from: https://arthurbaileyministries.com/biblical-teachings/happy-halloween-q/

CAN EVIL SPIRITS DISGUISE THEMSELVES AS OTHERS?

The answer is “Yes.”

2 Corinthians 11:13-15— “For such are false apostles, deceitful workers, transforming themselves into apostles of Christ. And no wonder! For Satan himself transforms himself into an angel of light. Therefore it is no great thing if his ministers also transform themselves into ministers of righteousness, whose end will be according to their works.”

1 John 4:1— “Beloved, do not believe every spirit, but test the spirits, whether they are of God; because many false prophets have gone out into the world.”

The answer is “Yes.”

Luke 11:23-26— “He who is not with Me is against Me, and he who does not gather with Me scatters. When an unclean spirit goes out of a man, he goes through dry places, seeking rest; and finding none, he says, ‘I will return to my house from which I came.’ And when he comes, he finds it swept and put in order. Then he goes and takes with him seven other spirits more wicked than himself, and they enter and dwell there; and the last state of that man is worse than the first.”

SHOULD I TRY TO CONTACT THE DEAD OR DISCERN THE FUTURE?

Don’t Play Games with the Devil

The Bible does not mention Ouija boards specifically, but it does have a few things to say about divination and attempting to contact the dead: Playing with Ouija boards should be avoided as one should avoid a physical threat: “Your enemy the devil prowls around like a roaring lion looking for someone to devour” (1 Peter 5:8). Excerpted from: https://www.gotquestions.org/ouija-boards.html

Tarot cards come in a deck of 78 individual cards. They are associated with divination—unlocking the secrets of the future by occult, supernatural means. Some mystics, psychics, and occultists use the cards for divination, and the ability to “read” them is seen as elements of fortune-telling. To receive a tarot reading is to attempt to find out things about one’s life or future through the occult. Divination is strictly prohibited in the Bible. Excerpted from: https://www.gotquestions.org/tarot-cards.html

Leviticus 19:30-31— “You shall keep My Sabbaths and reverence My sanctuary: I am the Lord. Give no regard to mediums and familiar spirits; do not seek after them, to be defiled by them: I am the Lord your God.”

Isaiah 8:19-20— “And when they say to you, ‘Seek those who are mediums and wizards, who whisper and mutter,’ should not a people seek their God? Should they seek the dead on behalf of the living? To the law and to the testimony! If they do not speak according to this word, it is because there is no light in them.”

Galatians 5:19–21— “Now the works of the flesh are evident, which are: adultery, fornication [sexual immorality], uncleanness, lewdness, idolatry, sorcery, hatred, contentions, jealousies, outbursts of wrath, selfish ambitions, dissensions, heresies, envy, murders, drunkenness, revelries, and the like; of which I tell you beforehand, just as I also told you in time past, that those who practice such things will not inherit the kingdom of God.”

Revelation 21:7-8— “He who overcomes shall inherit all things, and I will be his God and he shall be My son. But the cowardly, unbelieving, abominable, murderers, sexually immoral, sorcerers, idolaters, and all liars shall have their part in the lake which burns with fire and brimstone, which is the second death.”

(Unless specified, all Scriptures are from the New King James Version of the Bible—NKJV.)

Socialist gospel has NO Gospel at all!

I would commend to the readers of this interest group two articles from today’s electronic edition of First Things. One is on Cuba, and…