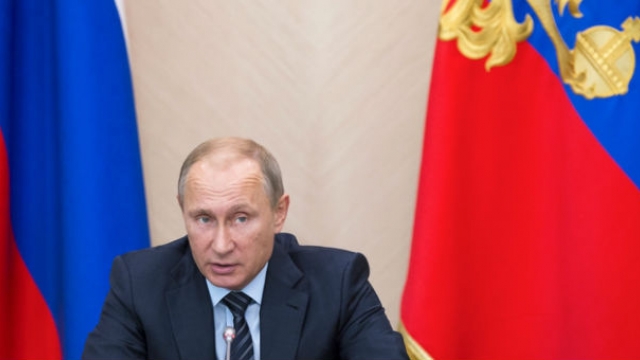 Russia’s Prophetic Destiny Unfolding With #Antichrist Rising Out of Rame Ricky Grimsley [11/03/2015 2:54 PM]
Maybe out of the situation but its quite possible the antichrist comes from turkey

John Kissinger [11/03/2015 2:56 PM]
Togarmah is the Biblical name of Turkey, and what you propose is not a Biblical possibility with current political borders. But who knows how mid-eastern countries will unite in the ancient borders of the Eastern Roman Empire. Turkey has been seeking acceptance in the EU for a long time now. If approved, perhaps many other mid-eastern countries would want to unite with Turkey to form the Biblical coalition of the revised Eastern Roman Empire

Ricky Grimsley [11/03/2015 3:27 PM]
The antichrist is called the assyrian. So i think it is likely he comes from turkey or syria perhaps iran but given the current political situation turkey is more like since a coalition could form run by turkey. Syria seems unlikely. The antichrist kingdom will be a revised ottoman empire led by turkey in my opinion.

John Kissinger [11/03/2015 4:00 PM]
And this is the Roman Empire around NT times. This prophecy is concerned mainly with its eastern leg –

John Kissinger [11/03/2015 4:05 PM]
now waiting for Rick Wadholm Jr to say something about Aramaic taking over as lingua franca throughout the Neo-Assyrian Empire 🙂 http://learnaramaic.blogspot.com/2012/05/reviving-aramaic-language-that-jesus.html#.VjkilNKrQUQ

Link Hudson [11/03/2015 9:58 PM]
I wonder if these guys like to have their pictures posted with this ‘Is this the antiChrist’ question underneath. Would you guys like me to post your pictures and ask that question?

Or do you think the atheists have it coming?

Ricky Grimsley [11/03/2015 10:18 PM]
Well erdogan sure fits the bill both biblically and spiritually. Turkey is pulling a lot of strings right now mostly unnoticed by the masses. So many are still looked at the eu to be the antichrist kingdom and its just way off. Its gonna be the ild ottoman empire with turkey leading.

John Kissinger [11/04/2015 5:27 AM]
#Erdogan probably does NOT fit the nuclear trend very well epecially when four Arab states have ceased to function: Libya, Syria, Iraq, and Yemen. All are at risk of being taken over by ISIS, which aims to become a global caliphate governed under shariah law
http://www.americanthinker.com/blog/2015/10/henry_kissinger_is_nuclear_catastrophe_inevitable.html

Link Hudson [11/04/2015 1:18 PM]
An approach to Bible prophecy I’ve heard a lot of recently is the idea that you have to interpret prophecies from the geographical perspective of where they were written. So, one approach to Nebuchadnezzer’s dream with the head of gold is that it deals with who will rule Babylon, which means Babylonians, Persians, Greeks, Muhammad empire, and revived Mu ham madan empire, with ‘mixed’ in iron mixed with clay being the Hebrew word for ‘Arab.’ Revelation talks about decapitating Christians. Who decapitates people? Mus|ims. The ‘antichrist’ is seen to be the a supposed Mus|im madhi.