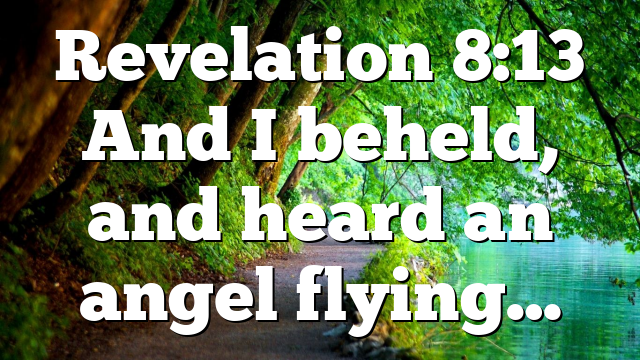 Revelation 8:13 And I beheld, and heard an angel flying through the midst of heaven, saying with a loud voice, Woe, woe, woe, to the inhabiters of the earth by reason of the other voices of the trumpet of the three angels, which are yet to sound!

I was asked about the Greek rendering of the word “eagle” in this verse. The oldest manuscripts still use the word eagle. It is not an angel, but so far as I can see it is a literal eagle.
His announcement is one of change. He announces the first four plagues were against nature, the next three, which change, because the next three trumpets are directed against man. Those against nature are called warnings; those against man are called woes.

Biblaita.com and friends present a new printed edition of the Chronicon Jubilee Bible (1871) for the first time since her last revision almost a…