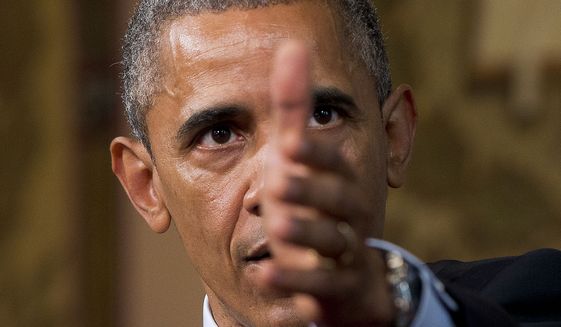 President Obama has put together a “to do” list for Congress that, if acted upon quickly, will create jobs and help restore middle class security. These initiatives all have bipartisan support, and the President believes that they will help create an economy built to last that supports secure American jobs and makes things the rest of the world buys – not one built on outsourcing, loopholes, or risky financial deals.

1. Reward American Jobs, Eliminate Tax Incentives To Ship Jobs Overseas: Attract and keep good jobs in the United State sby passing legislation that gives companies a new 20 percent tax credit for the cost of moving their operations back to the U.S. Congress should pay for this credit by eliminating tax incentives that allow companies to deduct the costs of moving their business abroad.

2. Cut Red Tape So Responsible Homeowners Can Refinance:  Pass legislation to cut red tape in the mortgage market so that responsible families who have been paying their mortgages on time can feel secure in their home by refinancing at today’s lower rates.

3. Invest in a New Hire Tax Credit for Small Businesses:  Invest in small businesses and jumpstart new hiring by passing legislation that gives a 10 percent income tax credit for firms that create new jobs or increase wages in 2012 and that extends 100 percent expensing in 2012 for all businesses.

5. Put Returning Veterans to Work Using Skills Developed in the Military:  Honor our commitment to returning veterans by creating a Veterans Job Corps to help Afghanistan and Iraq veterans get jobs as cops, firefighters, and serving their communities.

The Promise:“Barack Obama will strengthen whistleblower laws to protect federal workers who expose waste, fraud, and abuse of authority in government.”

The Promise:“Will mandate insurance coverage of autism treatment and will also continue to work with parents, physicians, providers, researchers, and schools to create opportunities and effective solutions for people with ASD (autism spectrum disorders).”

The Promise:“Strengthen the Privacy and Civil Liberties Board with subpoena powers and reporting responsibilities.”

Revise the Patriot Act to increase oversight on government surveillance

The Promise:“As president, Barack Obama would revisit the PATRIOT Act to ensure that there is real and robust oversight of tools like National Security Letters, sneak-and-peek searches, and the use of the material witness provision.”

The Promise:“We need to have a tax code where secretaries aren’t paying a (higher) tax rate than their bosses. ”

The Promise:“Will create a national “Make College a Reality” initiative that has a bold goal to increase students taking AP or college-level classes nationwide 50 percent by 2016, and will build on Obama’s bipartisan proposal in the U.S. Senate to provide grants for students seeking college level credit at community colleges if their school does not provide those resources.”

Provide a path to citizenship for undocumented immigrants

The Promise:Will support “a system that allows undocumented immigrants who are in good standing to pay a fine, learn English, and go to the back of the line for the opportunity to become citizens.”

The Promise:“He set a goal to lead the world in college graduates by 2020, and cut the growth of college tuition and fees in half over the next 10 years, a goal that will save the typical student thousands of dollars a year, and proposed bringing together community colleges and businesses to train 2 million Americans for good jobs that actually exist now and are waiting to be filled.”

The Promise:“Barack Obama has been a strong and consistent advocate for fully funding the Individuals with Disabilities Education Act (IDEA). Congress promised to shoulder 40 percent of each state’s “excess cost” of educating children with disabilities, but it has never lived up to this obligation. Currently, the federal government provides less than half of the promised funding (17 percent).”

End the war in Afghanistan in 2014

The Promise:“President Obama responsibly ended the war in Iraq and will end the war in Afghanistan in 2014.”

The Promise:“Two years ago, I criticized the Secretary of State for the firing of U.S. Ambassador to Armenia, John Evans, after he properly used the term ‘genocide’ to describe Turkey’s slaughter of thousands of Armenians starting in 1915. … as President I will recognize the Armenian Genocide.”

The Promise:“As president, Barack Obama will close the detention facility at Guantanamo.”

Reduce oil consumption by 35 percent by 2030

The Promise:Will “reduce oil consumption overall by at least 35 percent, or 10 million barrels of oil, by 2030.”

Create a tax credit of $500 for workers

The Promise:Enact a Making Work Pay tax credit that would equal 6.2 percent of up to $8,100 of earnings (yielding a maximum credit of approximately $500). Indexed for inflation.

FacebookTwitterSubscribe
Subscribe to receive all news to your email or phone: [wysija_form id="1"]
100daysfinalobamas

Are migrants a political tool of the left?

First off, we need to do something at the border. I do not believe they are concentration camps and those families are better taken…