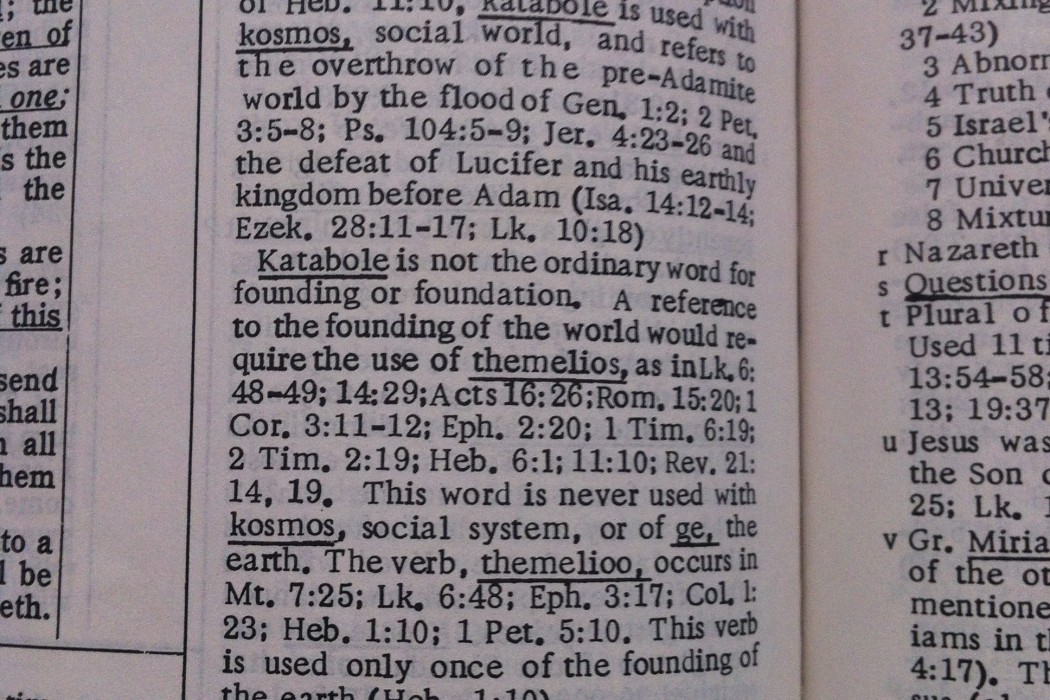 John Kissinger [01/02/2016 10:23 AM]
Pete Fiske can bring some points from young earth position on this one as well http://worldeventsandthebible.com/2009/11/world-that-then-was-first-earth-age.html CrossTheology how exactly do you connect this with open theism in your article?

CrossTheology [01/02/2016 10:31 AM]
I’m just saying that “before the foundation of the world” is not a correct translation. Calvinists use the word “katabole” to prove that God predestined some to heaven and some to hell but this is basically their only “strong” argument.

CrossTheology [01/02/2016 10:43 AM]
Christianity was quickly “infiltrated” by Hellenized concepts

FacebookTwitterSubscribe
Subscribe to receive all news to your email or phone: [wysija_form id="1"]
catabolismcreationfoundationworlds