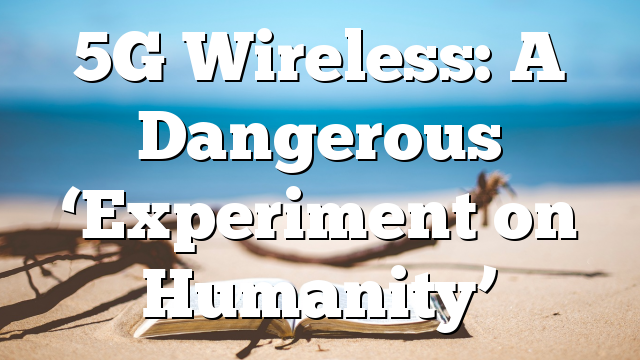 The US and Canada have set a “safe” limit that is “tens-of-thousands of times higher than what peer-reviewed science and medicine has indicated to be harmful to humans.”

This isn’t like most “conspiracy theories” where even if it’s true, it won’t impact you.

The cell towers that look like trees, the new smart meters on your home, and the cell phone women keep in their bras and men keep in their pockets, are all causing anxiety, depression, heart disease, cancer, and death, and this is all backed with heavy, heavy evidence from the peer-reviewed content released by the science and medical communities.

And this technology is not just in urban America. This push is specifically focused on reaching rural areas as well.

The 5G receivers and transmitters being installed all across the world, and especially in North America, will transmit harmful radiation at a level that is tens-of-thousands of times higher than that which is considered harmful to humans.

The FDA, FCC, and federal and state government entities have established these “safe limits,” and any research done on the matter is funded by the manufacturers of the technology itself, making any data coming from said research completely useless to our cause, which is, after all, humanity.

What is the Ordo Salutis?

WHAT IS THE Pentecostal ORDO SALUTIS? Calling – The preaching of the gospel Prevenient Grace – A grace from God that enables a person to believe….