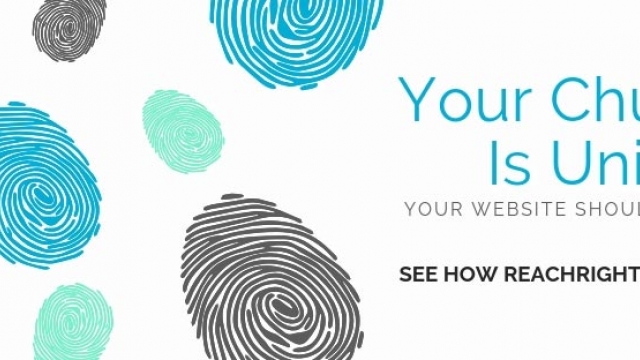 It’s that time of year again – when we take a deeper look inside the current state of the church.

In 2017 and 2018 these were our most read and shared posts of the year, and we hope this installment is just as helpful.

By going over some of the most important church statistics, you’ll be better prepared to grow your church throughout 2019. From attendance to social media, you’ll find statistics for most every area of the church.

Don’t be discouraged by any unfavorable statistics. That just means there’s room for improvement. Without further ado, here’s the church statistics you need to know for 2019.

1. 23% Of Pastors Deal With Mental Illness

It’s common to think of pastors as perfect, but they’re human too. This statistic is important because it shows that mental illness is an area churches need to address. Not only do pastors deal with mental illness, but almost 75% of pastors knew someone (member, relative, and/or friend) dealing with a mental illness.

Recognizing the signs and being open about it within the church helps prevent tragedies like the one that one pastor and his family dealt with.

To follow up on the previous statistics, over a third of Americans believe faith can help people overcome mental illness. Having open conversations about mental illness inchurch could encourage those dealing with it to seek help and counseling along with faith-based healing.

How churches define regular attendance has changed in the last few decades. An active member used to be defined as one who attended at least three times a week. Now, that number is three times a month or less. This doesn’t mean they’re out of reach though.

This is probably one of the church statistics you didn’t even realize you wanted to know.Two-thirds of people in a Pew Research survey say they attend church for four main reasons:

5. No Connection To Faith

On the other hand, the same study from above shows that 20% of adults attending services monthly or more say they don’t feel any real connection to God during church. A surprising 40% don’t feel a connection to their faith.

6. Believers Without A Home

Sometimes it’s easy to feel discouraged about low attendance numbers, but that doesn’t mean people don’t still believe. Many believers who don’t attend regularly or at all have valid reasons, such as:

7. Believers Practice Outside Of Church

Some Christians who may not have a church they like nearby or had a bad experience at a previous church haven’t given up on their faith. Instead, the Pew Research study found that 37% of Americans who rarely or never attend church, practice their faith in other ways. This shows that having a presence online could be beneficial to reaching those Christians.

8. Millennials Have No Affiliation

When it comes to faith, millennials are choosing not to label themselves as one type of faith over another. Nearly 40% of Americans between 18-29 have no particular religious affiliation. That doesn’t mean they don’t believe in God, but they don’t follow a set denomination.

Attendance is one of the most sought after church statistics. Sadly, it’s also a number that’s dropped. Gallup’s most recent yearly summary is from 2017, but it shows a drop from 42% in 2008 to 37% in 2017 for regular attendees.

You shouldn’t panic too much as this number hasn’t dropped drastically at all. In fact, in the 1950s, the number was only around 50%.

When it comes to attendance, 46% of people attend small churches with 100 or fewer members. Typically, this is due to the fact that smaller churches are more prevalent and easy to get to. They’re also often more community oriented for those who want to build relationships with the majority of other members.

20. Half Of Churches Are Small

To prove how prevalent small churches are, the same study as above found that 50% of churches have 100 members or fewer. Small to medium churches make up another 40% of churches and have 100-350 members. Sometimes it’s not about having the most members, but retaining and engaging the members you do have.

While mega churches seem to have it all, only 8% of all church goers attend one. Part of the reason is they’re just too big. However, they do have the benefit of having a budget that allows them to reach more people online than most smaller churches.

Pro Church Tools also uncovered a sobering statistic – attendance in 2050 could be as much as half of what it was in 1990. That sounds horrible, but consider the move towards digital. You could easily see a rise in online attendance.

While you might not want smartphones and tablets in your church, consider that Barna research found that 55% of church goers use the Internet to read Bible content. Surprisingly, only 53% prefer to use their smartphone to search the Internet for Bible study. However, 43% use a Bible app on their smartphone.

24. Most People Own A Bible

One of the most surprising church statistics is just how many people own a Bible. Barna found that a shocking 87% of homes have at least one Bible. Even 67% of those who consider themselves skeptic, own a Bible.

Another comforting statistic is that half of Americans consider themselves Bible users. According to Barna, this includes people who engage with the Bible on their own at least 3-4 times a year.

On the other hand, only 32% never engage with a Bible. Overall, this shows that more people are interested in exploring their faith than not.

It shouldn’t come as a surprise that while people do want to spend more time studying the Bible, most have a hard time finding any extra time. Of course, some don’t study more simply because they need someone to help guide them. Barna found that 58% of Americans wish they could study more often and that includes 22% of skeptics.

Think uploading your sermons online isn’t important? Want to stick with text-based blogs only? Think again! Pro Church Tools found that 72% of people online prefer to learn by video over text. So, go ahead and upload videos to help guide members and visitors online.

Outside of sermons, which people expect to be longer, almost 66% of people prefer videos that are one minute or less. Try uploading quick Bible study videos to engage visitors on your website and social media platforms.

Yes, people prefer videos, but they can’t always listen with the sound on. In fact, 85% of people watch Facebook videos with the sound turned off. Add subtitles or captions to ensure your message still gets across.

If your church is deciding on which social network to use, Facebook is still number one. In fact, Pew Research Center found that 68% of adults are Facebook users. The only other network that came close was YouTube at 40%. However, using both doesn’t hurt, especially if your church focuses on video content.

Many church statistics focus mainly on Facebook for social media, but it’s important to not count out Instagram. Not only do 35% of adults use Instagram, but Pew also found that 71% of 18-24 year-olds use Instagram. If you’re trying to reach out to a younger audience, it’s worth expanding your social media strategy to include Instagram.

Want to better engage your younger members or expand your reach to 18-24 year-olds? Pew found that 94% of people in that target demographic use YouTube regularly. Of course, 75% of adults overall use YouTube. So, it’s beneficial no matter what age you’re trying to reach.

Consider YouTube for sermons, showing community outreach programs in action, Bible study sessions and even fun skits to show a humorous side to your church.

If you want your church’s social media posts to be shared, opt for more videos. They get around 1200% more shares than images and text. Videos also lead to more web traffic, with increases of up to 41%.

What is it that makes some church goers stay, but not others? Most often, they stay because the church’s theology aligns with their own beliefs. LifeWay Research found that 52% feel their beliefs completely align with the church, while 42% say their beliefs are mostly aligned.

35. Why Do Church Members Leave?

On the other hand, what makes them leave? Believe it or not, it’s not politics or music. The majority of devoted church members (48%) only leave if they have to move to a new home. However, 19% leave when the preaching style changes, so it’s important to take changes slowly to avoid pushing your members away.

Other reasons church members leave, according to LifeWay, include:

Before you worry that your members are going to leave, remember that 57% of church goers say they’re committed to staying with their church. So, unless you make major changes suddenly, over half of your members are likely to stick with you.

Even if you’re fully engaging your members in church, you still need a church website. Why? According to Grey Matter Research, 17 million Americans who don’t regularly attend church visited a church website. While most are searching for church hours or programs, 26% are streaming video and another 26% are streaming audio. So yes, a website is vital for reaching more people and increasing your members.

1Co 15:28 ISV But when everything has been put under him, then the
Son himself will also become subject t…